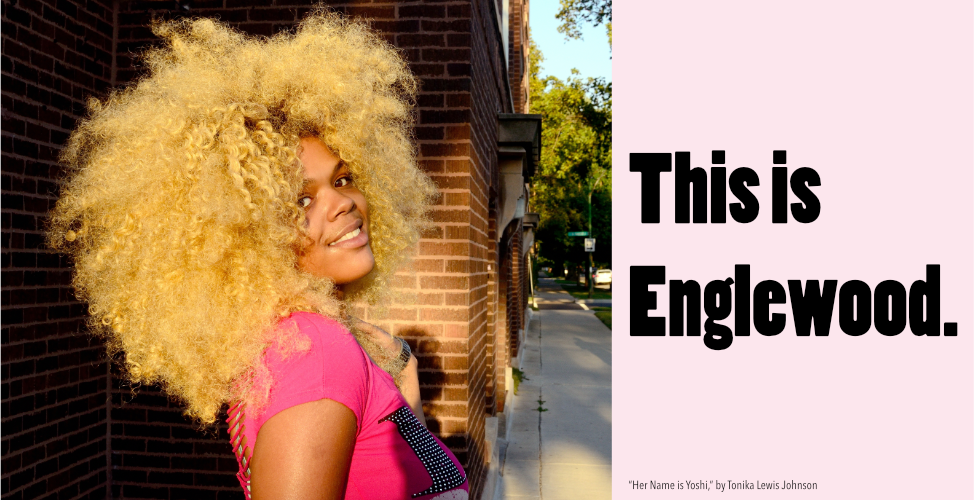 Mission-driven housing, revitalizing the South Side of Chicago.

NeighborScapes NFP is the manager (the “Manager” or “Sponsor”) of a newly formed company, South Side Shares, LLC (the “Company”), which is seeking to raise $100,000 through this offering. NeighborScapes is a 501(c)(3) nonprofit organization committed to neighborhood transformation primarily through its principal program, Innovation Houses, which combines housing revitalization with the growth of community service and civic engagement.1

NeighborScapes presently operates two Innovation Houses, housing a total of 11 Community Building Fellows, and a third house is in the process of being renovated. With the $100,000 raised through this offering, the Company will purchase, renovate and operate four more houses. Target houses are two- or three-unit properties with eight to nine bedrooms each. NeighborScapes recruits Community Building Fellows from broad social networks and advertises with a preference for residents from the community or surrounding neighborhoods.

Innovation Houses are the centerpiece of the Transform Neighborhoods campaign, which focuses on catalyzing dramatic change in racially concentrated areas of poverty. The Innovation House program places fellows in the Greater Englewood neighborhood, an historically segregated and underrepresented area on Chicago's south side. Fellows pay affordable rent in exchange for their commitment to civic service in the neighborhood, thus directly helping to reduce blight and at the same time strengthen community engagement. The fellows also assist Greater Englewood neighborhood organizations in realizing community-defined goals at little to no cost. Community Building Fellowships attract local mission-minded civic actors who develop leadership skills, independent living skills, and a sense of civic responsibility. Strengthening collective efficacy through community building can inspire and empower a generation to fight for people who have been neglected.

NeighborScapes works with the Safer Foundation and their social enterprise, Reconstruction Technology Partners LLC which hires people with criminal records to help with the renovation of Innovation Houses.

NeighborScapes wants to expand the Innovation Houses program by acquiring new properties with clean titles from the Cook County Land Bank Authority (CCLBA), a unit of local government that works to turn vacant land and abandoned buildings back into reliable and sustainable community assets. NeighborScapes is working with the CCLBA to identify suitable buildings to convert from a list of ten vacant brick and greystone two-flats in the section of the neighborhood located between Racine Avenue to the west and Halsted Street to the east, and between Garfield Boulevard to the north and 69th Street to the south.

Investors are being offered a 8% annual preferred return and a collective 45% share of profit realized with an anticipated three-year repayment horizon.

1 While the manager is a not for profit, the issuer, South Side Shares, LLC is not. There is no tax advantage to investing in this offering. Any investment is not considered a charitable donation.

Unless otherwise noted, the videos and images on this page are used to convey the personality of the neighborhood in which the Project is planned. The first image in the slide carousel, “Englewood Chicago 1” is licensed under the Creative Commons Attribution-Share Alike 4.0 International, 3.0 Unported, 2.5 Generic, 2.0 Generic and 1.0 Generic license. Author: Mr. Harman.

The Company is engaged in two simultaneous offerings of its securities:

We plan to use the proceeds of the two offerings, with a goal of $100,000, together with a loan from a bank, to acquire and renovate four houses as Innovation Houses.

However, we will not complete the Reg CF Offering OR the Reg D offering unless we have raised a total of at least $25,000 (minimum goal) by March 6, 2019, EST. If we haven’t, both offerings and all investment commitments will be cancelled, and all committed funds will be returned.

The minimum investment in the Reg CF offering is $500, and the minimum investment in the 506 (c) (Reg D) offering is $5,000. Investments above $500 in the Reg CF offering or above $5,000 in the Reg D offering may be made in $250 increments (e.g., $750, $1000 or $1,250, but not $1,136). Investors can cancel their commitment up until 11:59 pm on March 4, 2019, EST. After that, any funds raised will be released to the Company and Investors will become limited partners of the Company. The Company may decide to change the Offering Deadline but will provide at least five days’ notice of such a change to all Investors. Investors will also be notified and asked to reconfirm their commitment if any other material changes are made to this offering.

Each Investor will receive an annual preferred return of 8% on their investment, which will accumulate but not be compounded. Investors will receive a pro-rata share of 45% of any profit on the project. This 45% is assigned to the total equity goal of $100,000. If, for example, an Investor was to invest $1,000, they would receive a 1/100th (or approximately 1.0%) pro-rata share of 45% of profits available. The Company plans to refinance the property in three years’ time and anticipates that the refinancing of the property will provide sufficient cash to repay investor equity plus some profit. (See “About Investor Return” for a description of the return of equity to Investors.)

The full disclosure documents, which include Form C can be downloaded here and viewed on the Securities and Exchange Commission’s website here. 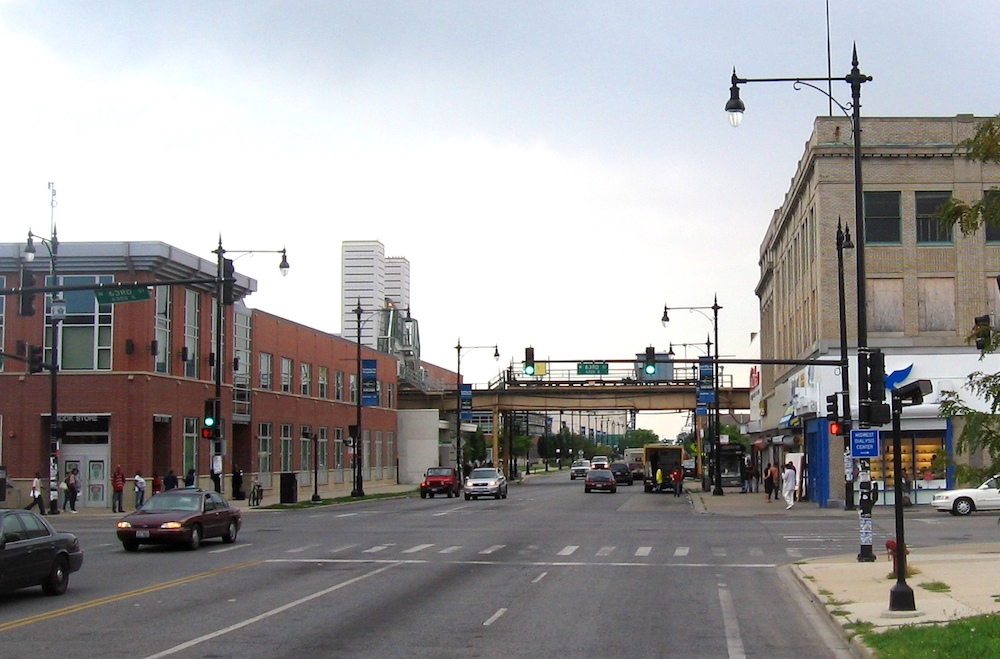 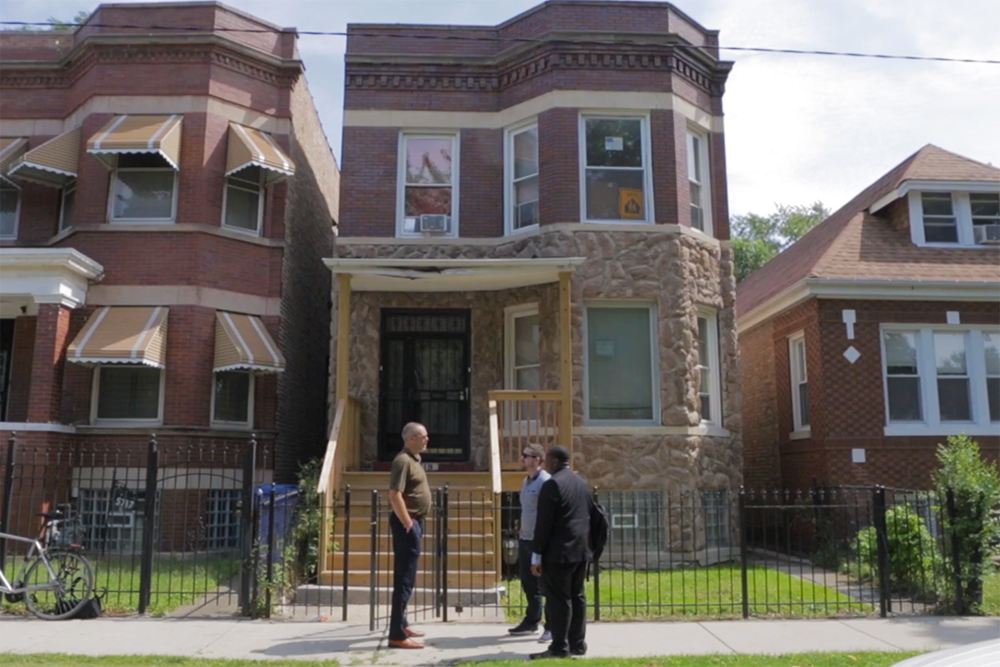 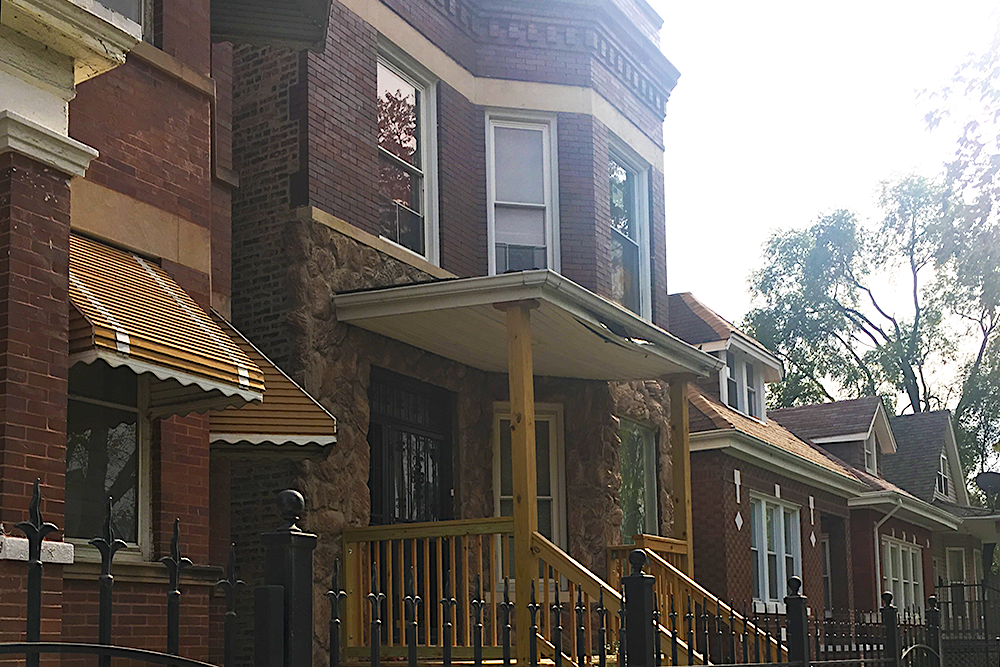 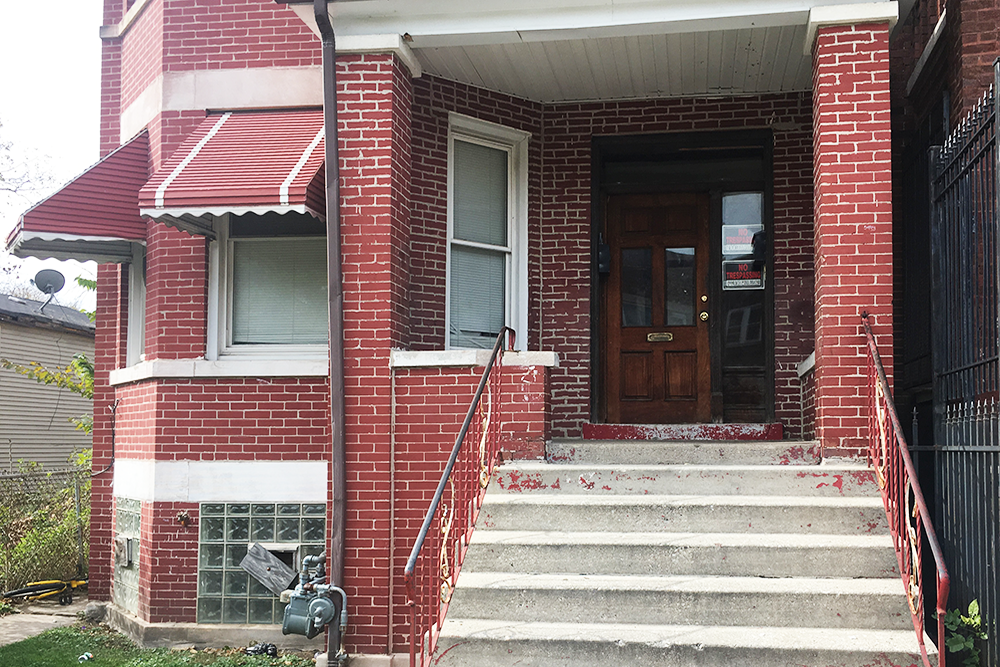 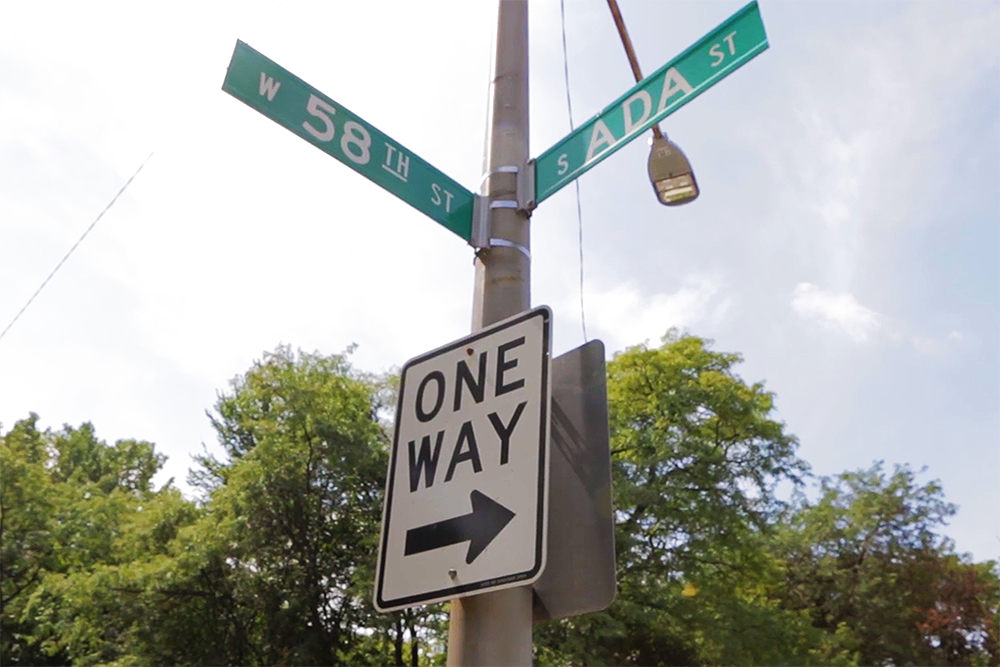 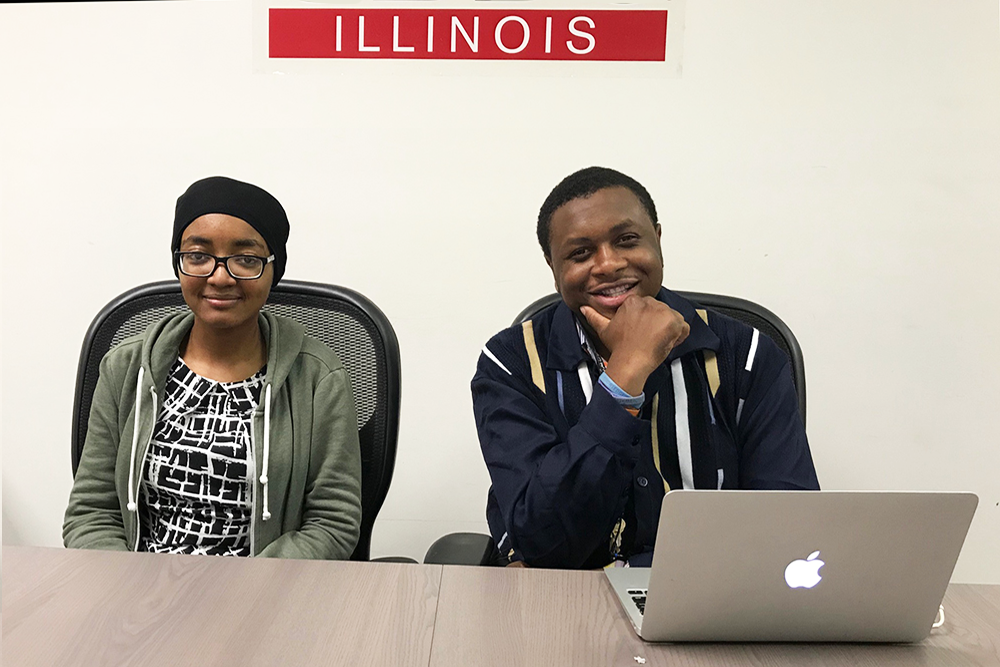 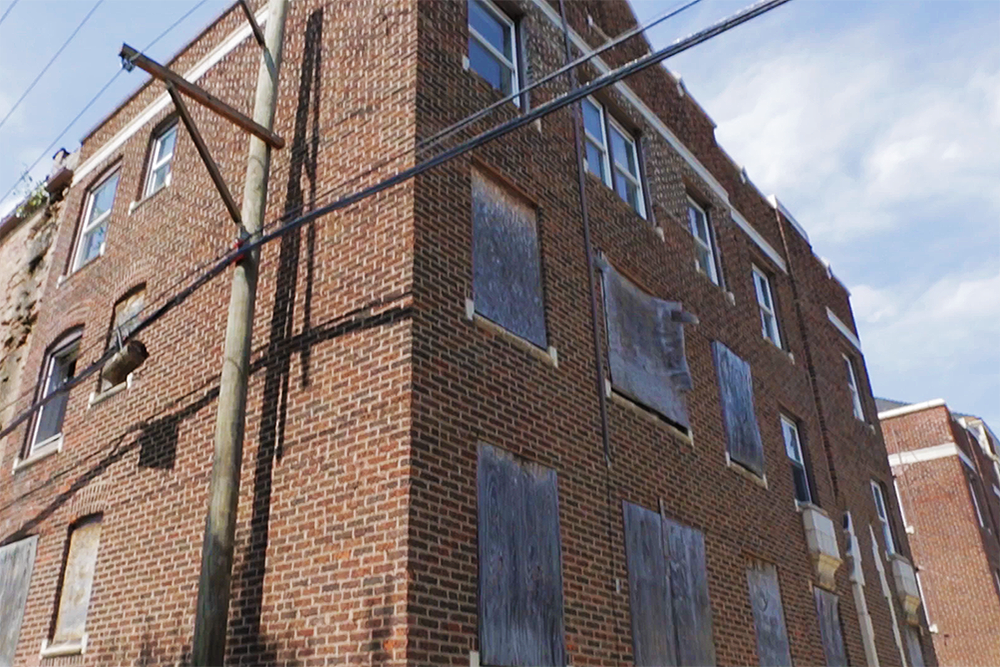 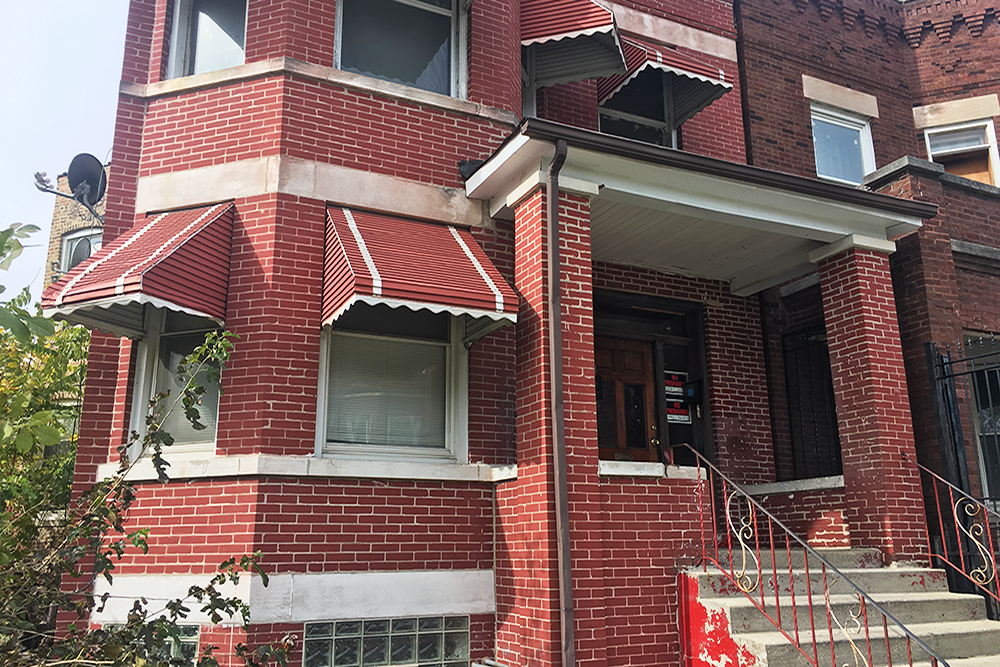 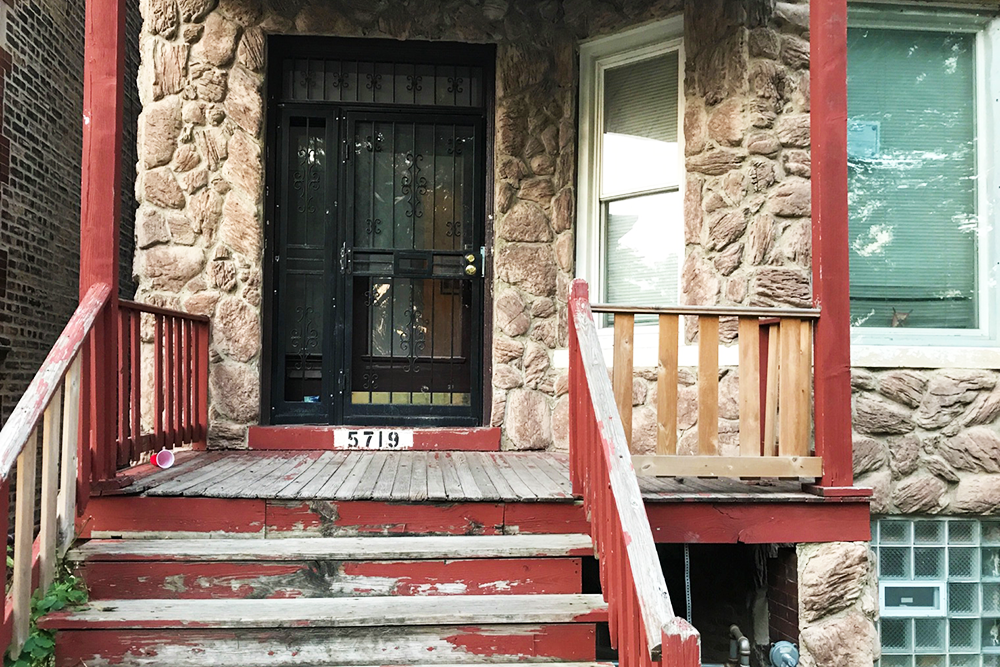 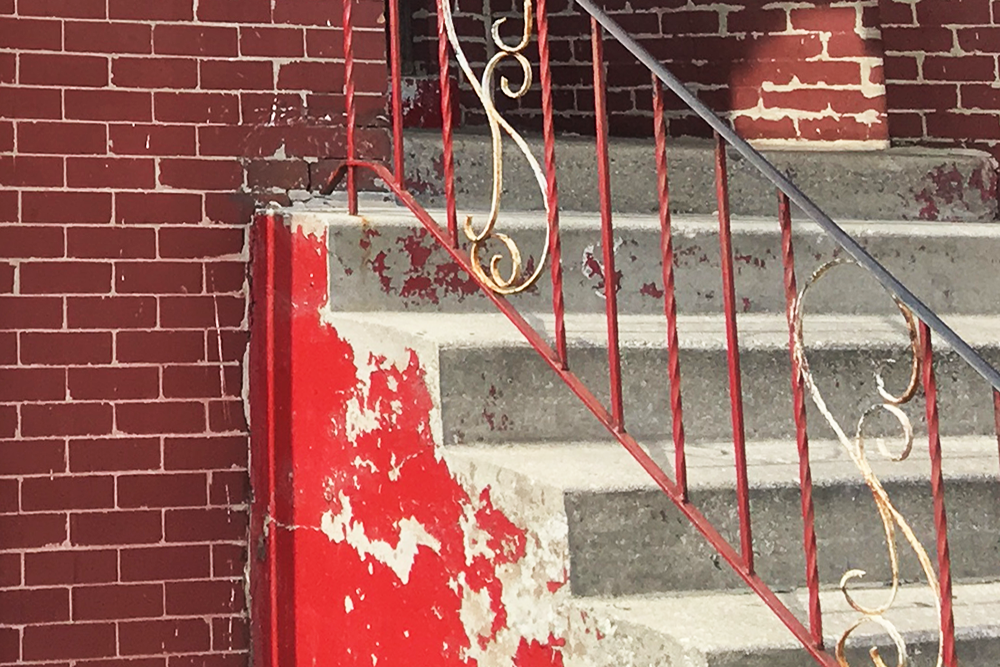 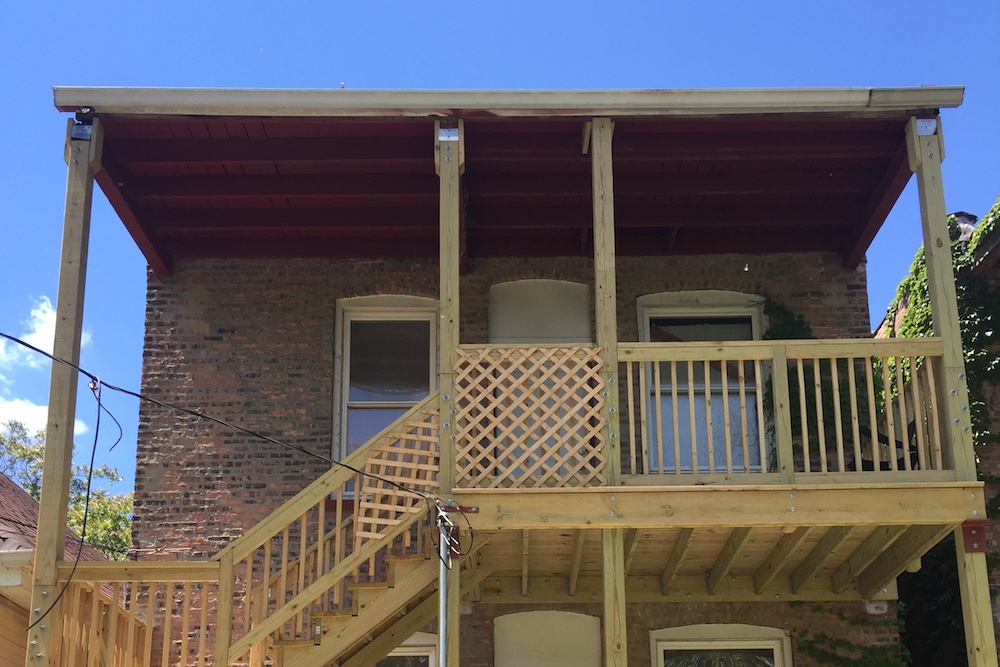 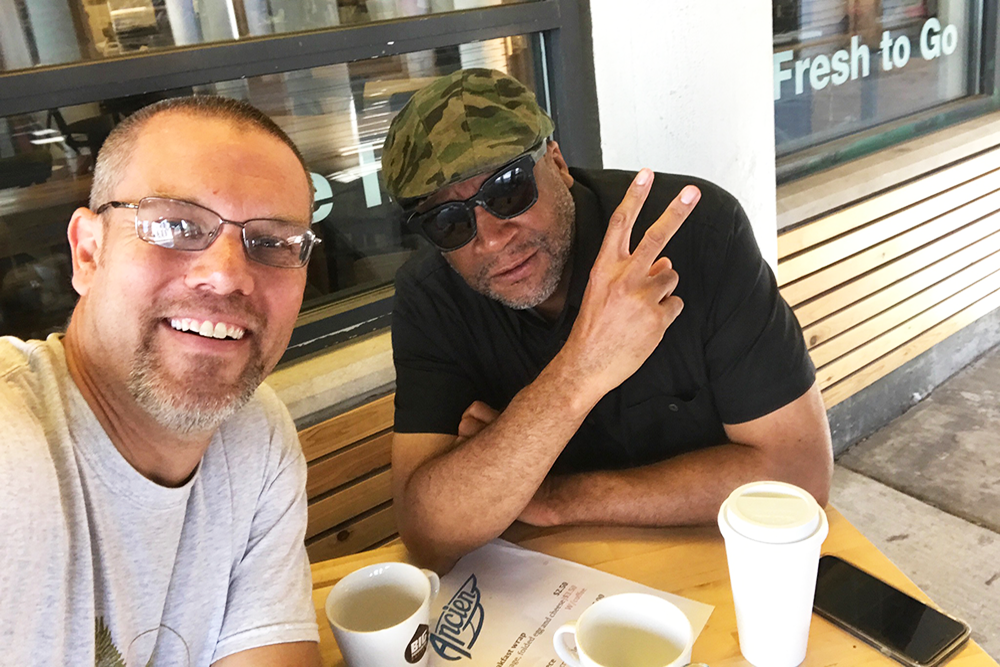 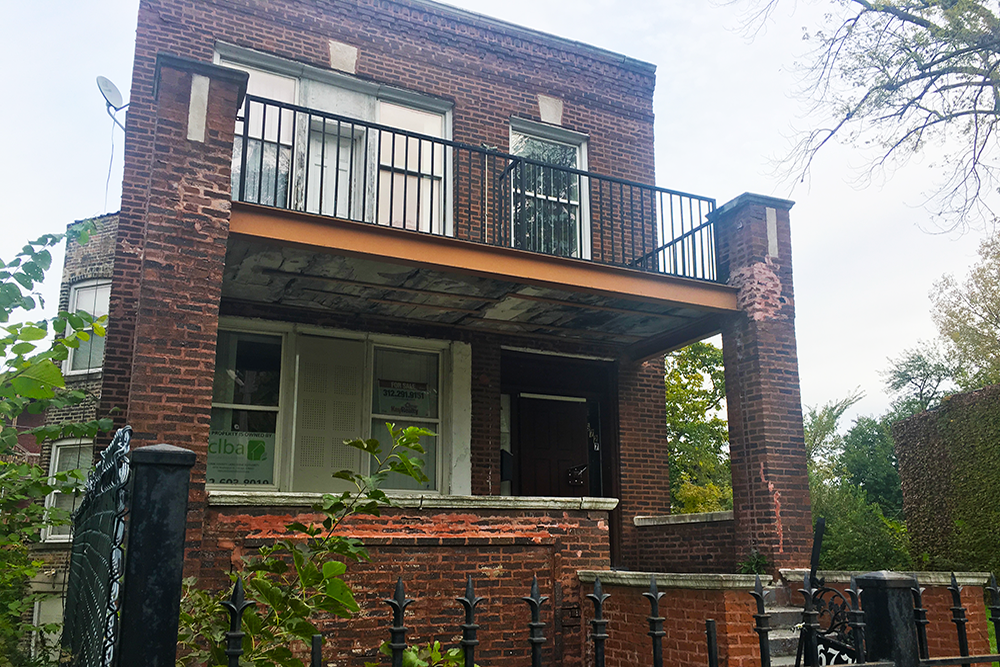 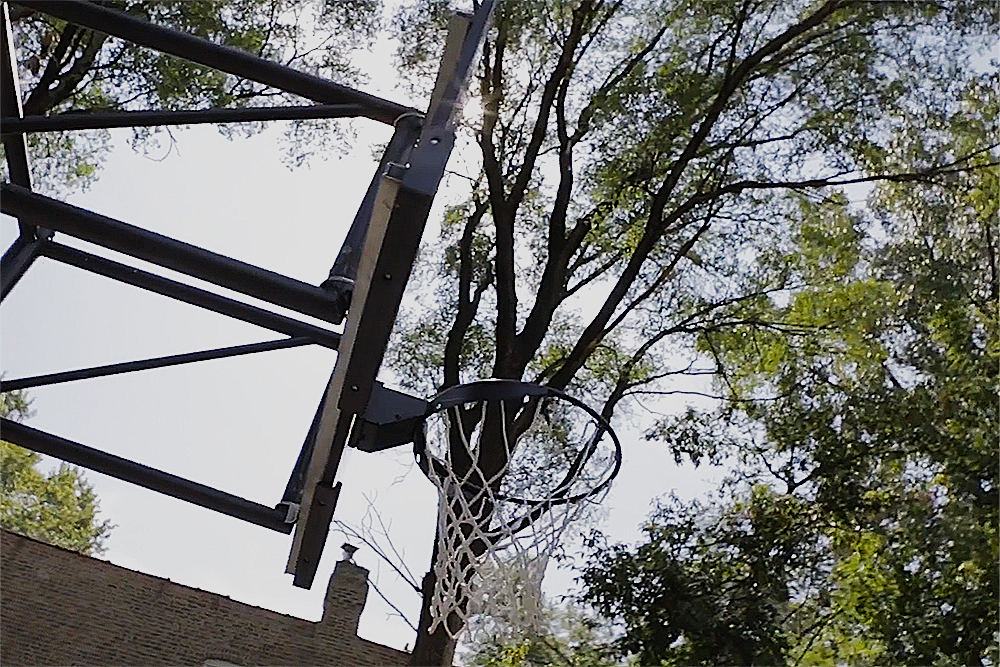 Previous Next
Show More Show Less
About the Developer 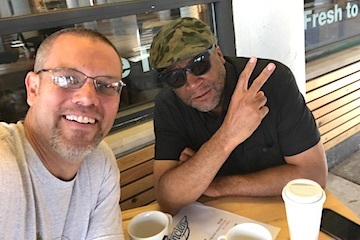 Jay Readey is the President of NeighborScapes, the manager of  the Company. Jay directs the Innovation Houses initiative, as part of a larger portfolio of growth businesses and nonprofit organizations focused on neighborhood transformation through his B-Corp social venture, The MetroAlliance. The Metro Alliance is a consortium of entrepreneurial community change organizations of which Jay is the founder and President. Jay also has a private legal practice in community development and federal tax credit investments in low income communities with Ginsberg Jacobs LLC. He is the former Executive Director of the Chicago Lawyers Committee for Civil Rights and graduated cum laude from Yale University in 1994 with distinction in both African-American Studies and American Studies, and from Yale Law School and School of Management with a JD and MBA in 2004.

Jay was a 1998 Echoing Green fellow with a global purpose fellowship for social entrepreneurs for Urban Solutions, Inc., a predecessor of NeighborScapes. In 2016, Jay received the CommUnity Hero Award from Harmony Health Plan of Illinois, Inc. He was also featured in Congresswoman Robin Kelly's Constituent Spotlight after being named a member of the inaugural class of Presidential Leadership Scholars, an initiative of the Foundations and Presidential Centers for Presidents Bush 41, Clinton, Bush 43, and Johnson.

Though Englewood does not have many restaurant options, in recent years the area has seen an influx of investment in the form of a new Whole Foods grocery store, a Starbucks, a Chipotle and a non-profit coffee shop called Kusanya. Ninety-five percent of residents in the neighborhood are black, and the median household income is $19,854, or less than half that of Chicago as a whole.

We will not be competing for properties as 36.3% of housing units in the area are vacant. Through our experience and research we have done on the Cook County Assessor's office website, we expect our budget of $150,000 per property to cover all of our costs.

The Manager currently operates two Innovation Houses in Englewood, one at 5602 South Ada Street and the second at 5719 South Ada Street which it also owns.  Each house has two occupied units  with a total of 12 bedrooms available. These houses are not fully renovated. When fully occupied, monthly rent totals $3600 per month.

The Manager also owns a third house located at 6727 South Green Street and on October 26, 2018,  closed on funds to renovate it. This house will be fully renovated by Reconstruction Technology Partners, the social enterprise of The Safer Foundation, and will have eight bedrooms, each commanding $400 per month in rent.

Assuming an average of eight bedrooms in each property, and rent for each bedroom of $400, accounting for bad debt and vacancy losses we expect to raise $34,560 in revenue from each property per year. We expect our annual operating costs to be $11,595, and for each property to support $283,356 in debt. The Company plans to refinance the property in three years’ time and anticipates that the refinancing of the property will provide sufficient funds to repay investor equity plus some profit. See “About Investor Return” for a description of the return of equity to Investors and you can download a detailed operating budget here.

In its initial three years of operating Innovation Houses, the Manager has grown confident in its ability to recruit mission-motivated Community Building Fellows who pay rents that are below market rate but still enough to generate returns for investors in this project.

The financing assumptions to purchase and develop the project are as follows:

Comparable rents in the neighborhood are higher than projected in our operating budget and range from $1,000 to $1,600 for 3-4 bedroom units.

The Manager will refinance its portfolio after three years with the plan to assist senior Community Building Fellows in purchasing the properties after living in them for five years. At that time it is anticipated that  investors will receive any unreturned equity and a share of available cash. After a Fellow has lived in an Innovation House for five years, and if they have interest in becoming a homeowner, we will help them to either purchase the house they live in and take on their housemates as tenants or to purchase another property.

Under the LLC Agreement, all distributions will be made in the following order of priority, after bank loans have been repaid:

(a) First, the Available Cash shall be distributed to the Investor Members until they have received their Preferred Return for the current year.

(b) Second, the balance of the Available Cash, if any, shall be distributed to the Investor Members until they have received any shortfall in the Preferred Return for any prior year.

(c) Third, the balance of the Available Cash, if any, shall be distributed to the Investor Members until they have received a full return of their Unreturned Investment.

(d) Fourth, the balance of the Available Cash, if any, shall be distributed:

The preferred return offered is 8% annually.

A crowdfunding investment involves risk. You should not invest any funds in this offering unless you can afford to lose your entire investment.

In making an investment decision, Investors must rely on their own examination of the Companies and the terms of this offering, including the merits and risks involved. These securities have not been recommended or approved by any federal or state securities commission or regulatory authority. Furthermore, these authorities have not passed upon the accuracy or adequacy of this document. The U.S. Securities and Exchange Commission does not pass upon the merits of any securities offered or the terms of this offering, nor does it pass upon the accuracy or completeness of any offering document or literature related to this offering. These securities are offered under an exemption from registration; however, the U.S. Securities and Exchange Commission has not made an independent determination that these securities are exempt from registration.

There are numerous risks to consider when making an investment such as this one and financial projections are just that - projections. Returns are not guaranteed. Conditions that may affect your investment include unforeseen construction costs, changes in market conditions, and potential disasters that are not covered by insurance. You can download a more expansive list of potential risks here.