This 3-story building was converted into fresh new retail and residential space in this hipster neighborhood. 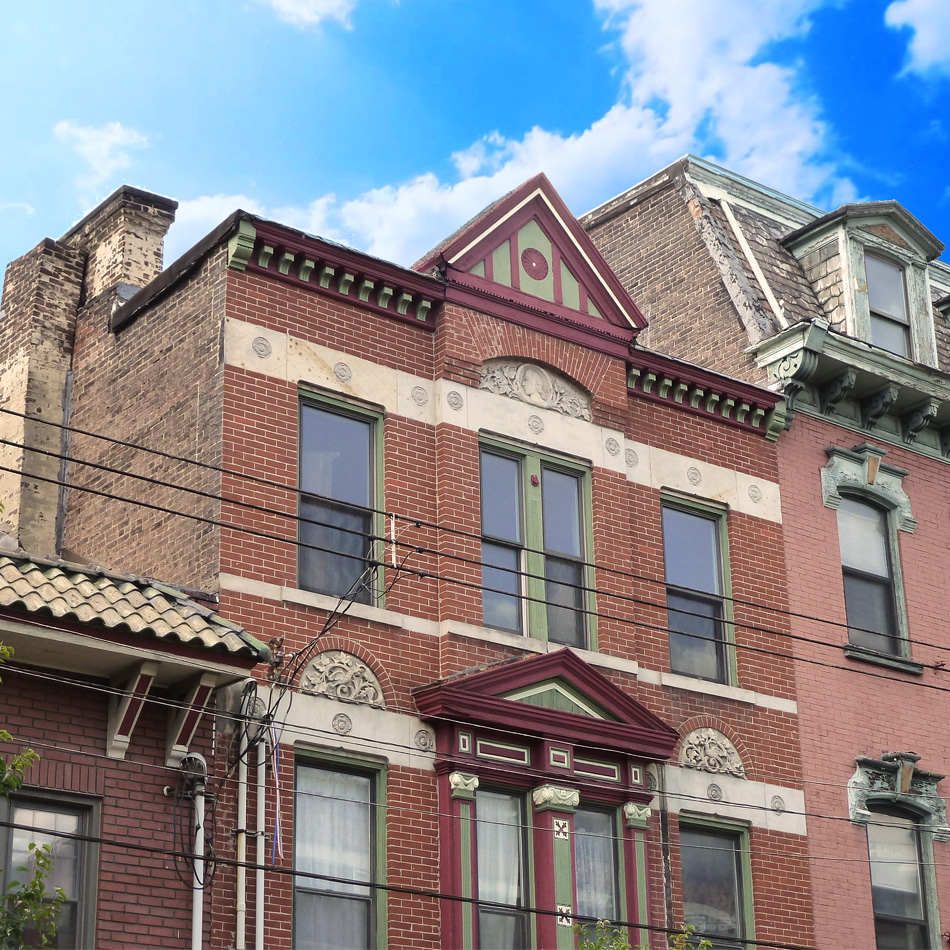 This offering is to invest in 4407 Butler Street, a historic three-story building located in the Lawrenceville neighborhood of Pittsburgh, Pennsylvania. The developer is seeking equity investments of $238,500, which will be invested for a period of 5 - 10 years and will be used to cover the acquisition cost of the building and to redevelop it from a single residential unit + retail space into four residential units + retail space.

Investors will receive all cash flow until an 8% preferred return is met.  Most of the equity investment is expected to be returned when the building is refinanced at stabilization. An overall Internal Rate of Return of around 13-16% is projected over the investment period.  Both Pittsburgh and Lawrenceville are rapidly strengthening in market value, and Butler Street is one of the leading urban retail corridors in Pittsburgh.

The investment strategy consists of a two-phase strategy to add value. Phase 1, in which the upper two floors are converted from one to four units,  will be implemented immediately, to better capture market demand. Phase 2, in which the under-performing retail tenant will be replaced, will be implemented no later than the end of 2019, and sooner if the retail tenant decides to leave. Rent is approximately 50% of market rate in the retail space.

4407 Butler Street, a mixed-use, three-story building, is currently configured as a restaurant at the street level, with a two-story owner’s suite on the second and third floors. Built in 1882, 4407 Butler underwent a major rehab in 1999, and has an attractive brick façade, a storefront that opens to the sidewalk, and intact historic features. Lawrenceville is one of Pittsburgh’s most sought-after neighborhoods and Butler Street is a particularly vibrant retail corridor.

The building requires minimal alterations to maximize its potential. Local lore is that the property was previously configured as small efficiencies for steel workers and others in the neighborhood so the building layout allows for easy conversion back to multiple units. The restaurant provides immediate in-place income, and the property’s current occupancy eliminates much of the deferred maintenance and capital expenditure typically required in vacant buildings. Moss Architects, whose offices are located in Lawrenceville and who have relevant  experience with buildings in the neighborhood, have been selected as architect for the conversion of the upper floors. Sota Construction Services has provided pre-construction estimating for the renovation and will be among the contractors bidding the project.

The upper two floors will be converted into four fully-updated studio and one-bedroom apartments. Studios and one bedroom units are among the most in-demand units citywide and are in short supply, particularly within Lawrenceville.  The residential unit sizes and finishes should appeal to the growing population of young, professional urbanites in Lawrenceville, with quartz countertops, subway tile, stainless steel appliances, refinished wood floors, new or renovated bathrooms, new HVAC, washer and dryers in each unit, and views of Butler Street or the hills across the Allegheny River. Rents are projected to average $1,280 per month ($1,175 for each studio and $1,390 for each one-bedroom and one-and-a-half bathroom unit), which is competitive in Lawrenceville.

The existing lease on the retail space expires on December 31, 2016, with an extension option through December 31, 2019. Rent is currently around 50% of current market rents. The restaurant operator has invested little to no capital improvements despite the uninspiring interior finishes, and lacks the traffic and online reviews that would suggest longterm viability. At the same time Lawrenceville is one of the most in-demand locations for restaurateurs in a city that is gaining national recognition as a leading food and dining destination. Rent is conservatively projected at $21 per square foot (triple net) for a replacement tenant.

Residential uses are permitted on upper floors on Butler Street.  In addition, a code study has determined that the building should not need to be sprinklered. Finally, zoning requires two residential parking spaces which can be accommodated in the rear yard. One hurdle is that accessible parking may be required for one space. If that requirement is not waived, then the developer will create one larger, two-bedroom apartment on the top floor, thereby reducing the parking requirement.

Situated on Butler Street, the project is in a highly-walkable and transit-rich location and easily accessible to both downtown Pittsburgh and Oakland, home to Carnegie Mellon University and The University of Pittsburgh. Butler Street is served by multiple bus lines and the project is located near a car-sharing service. See the “About the Market” section for more. 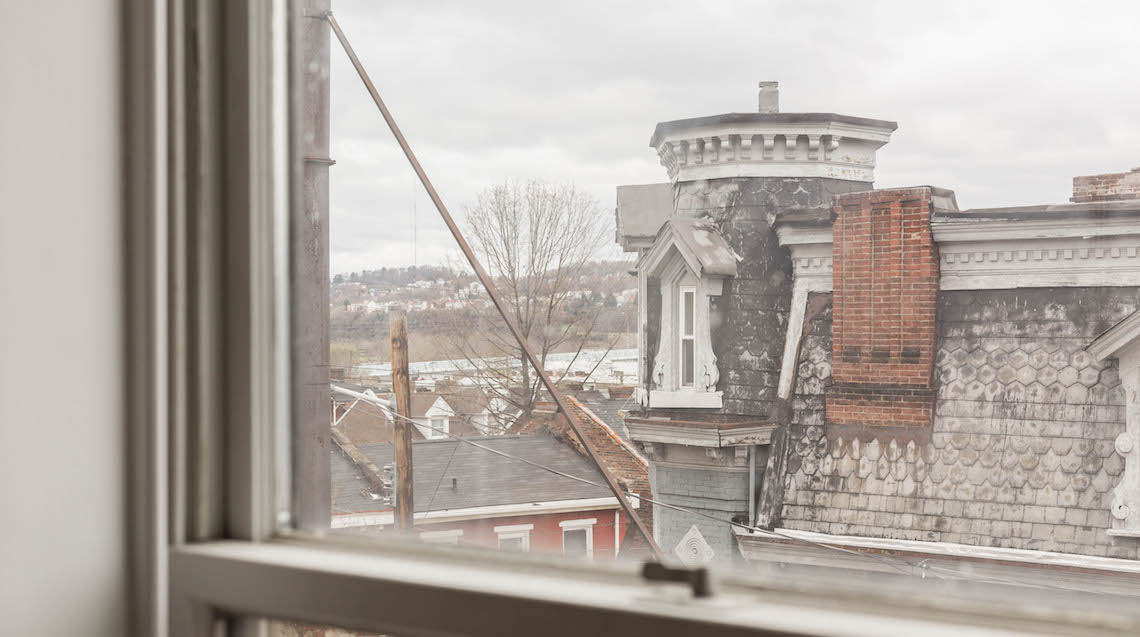 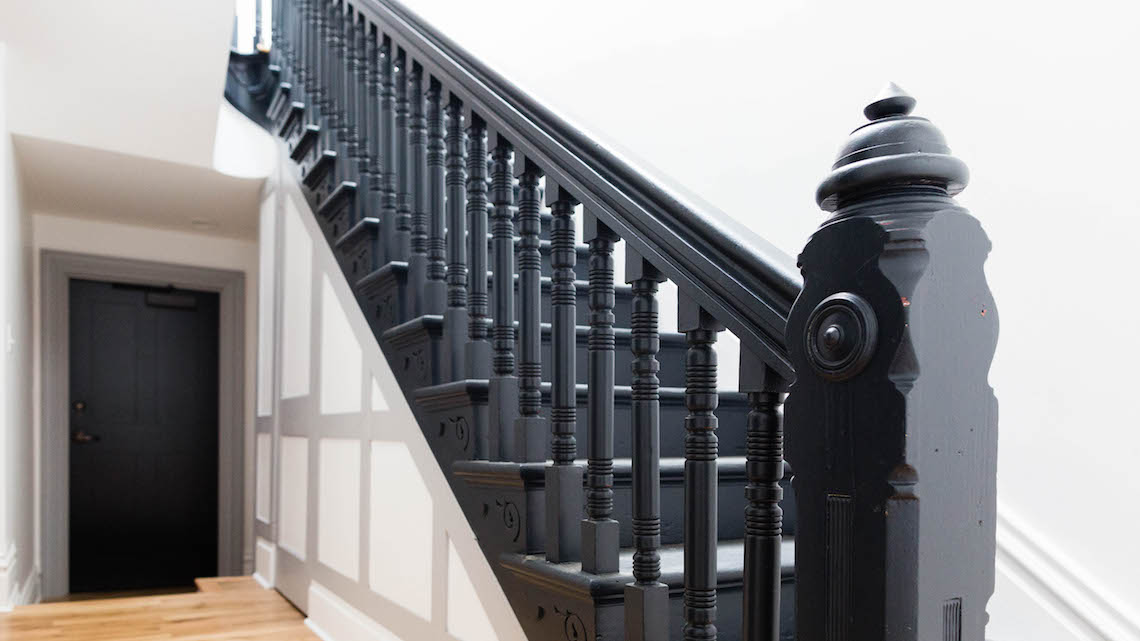 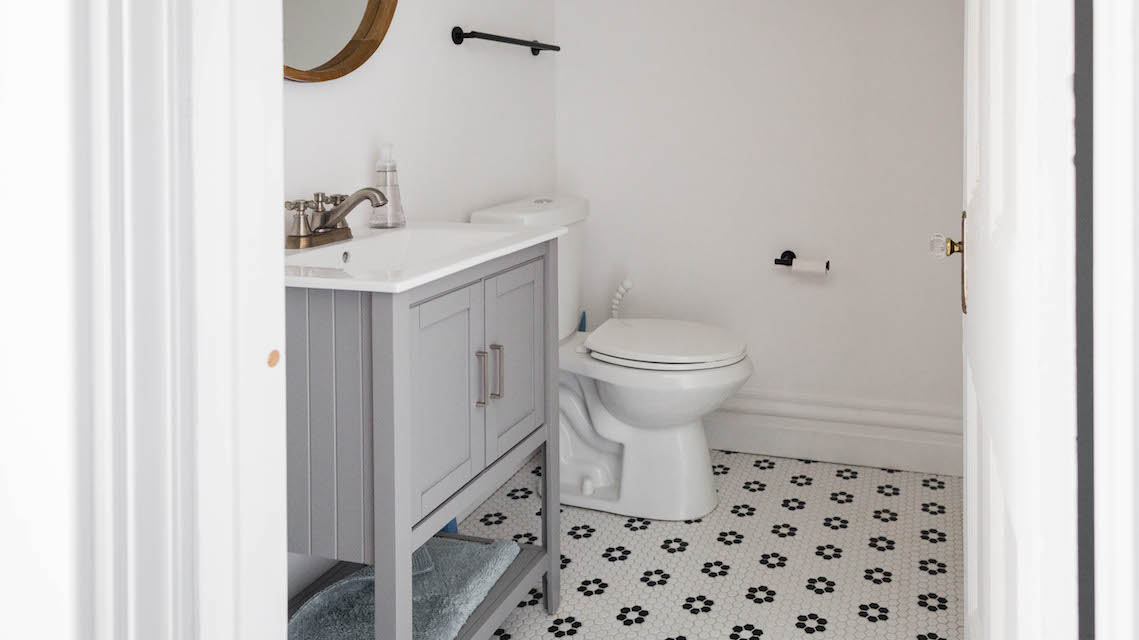 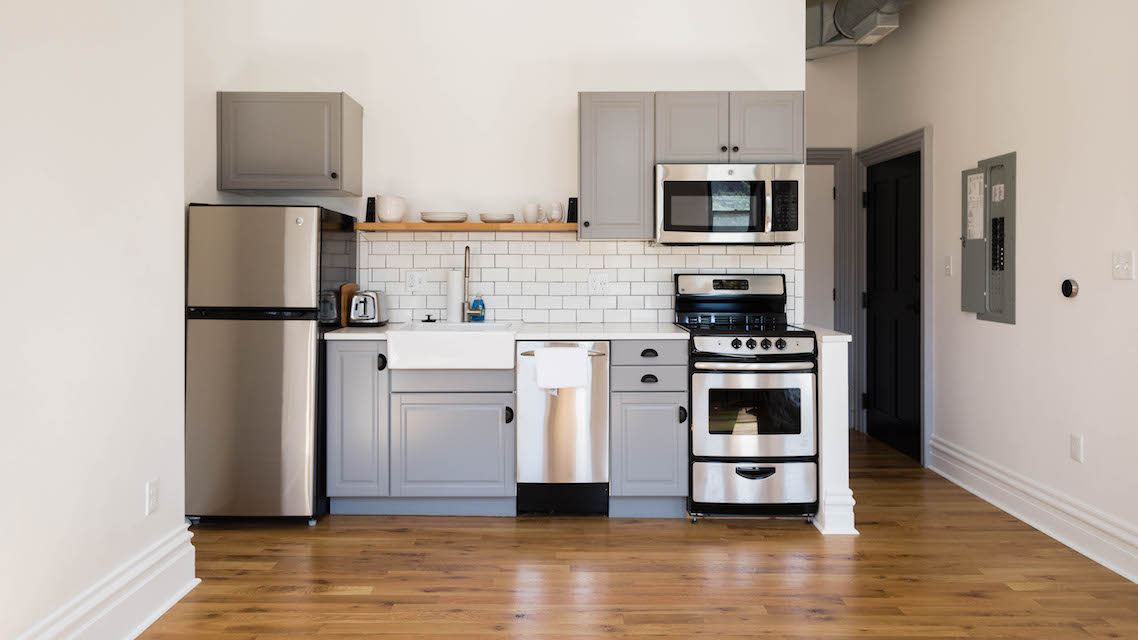 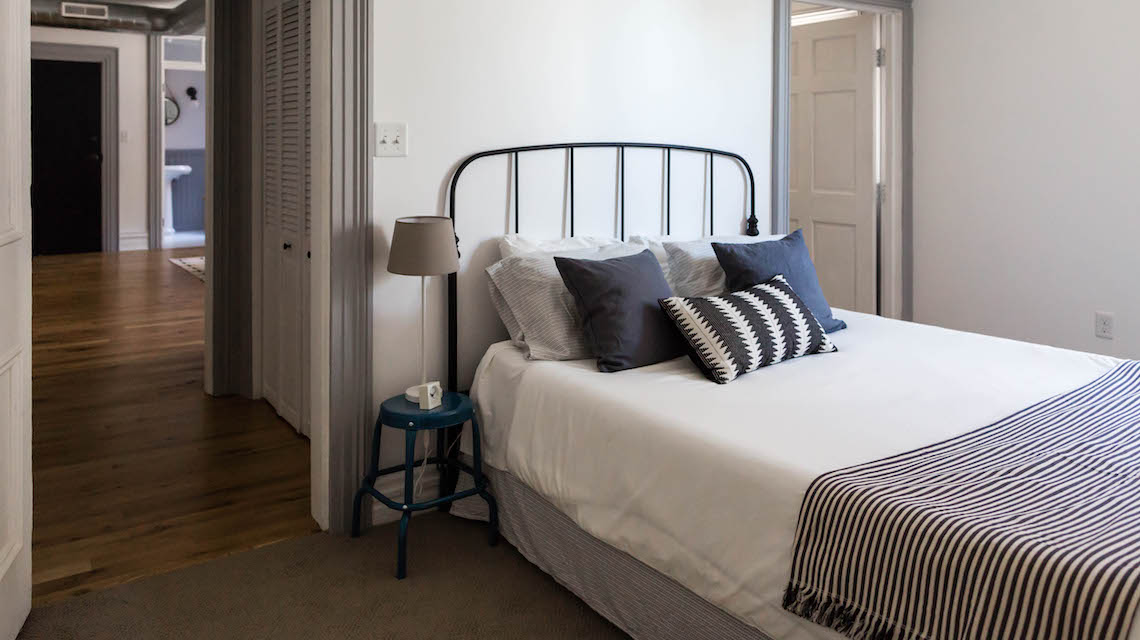 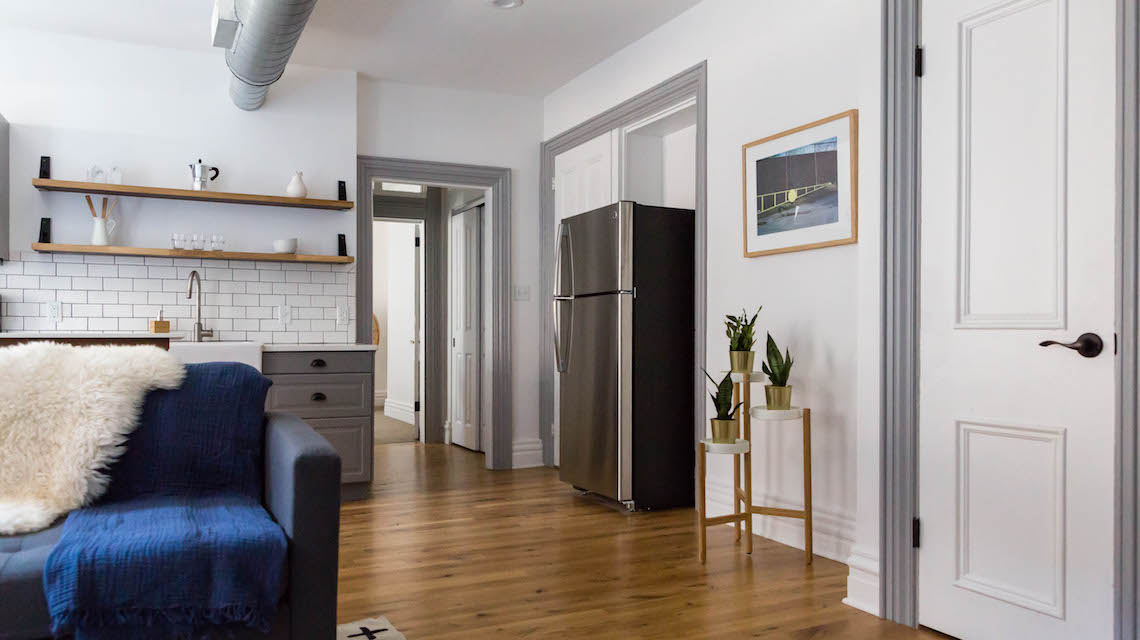 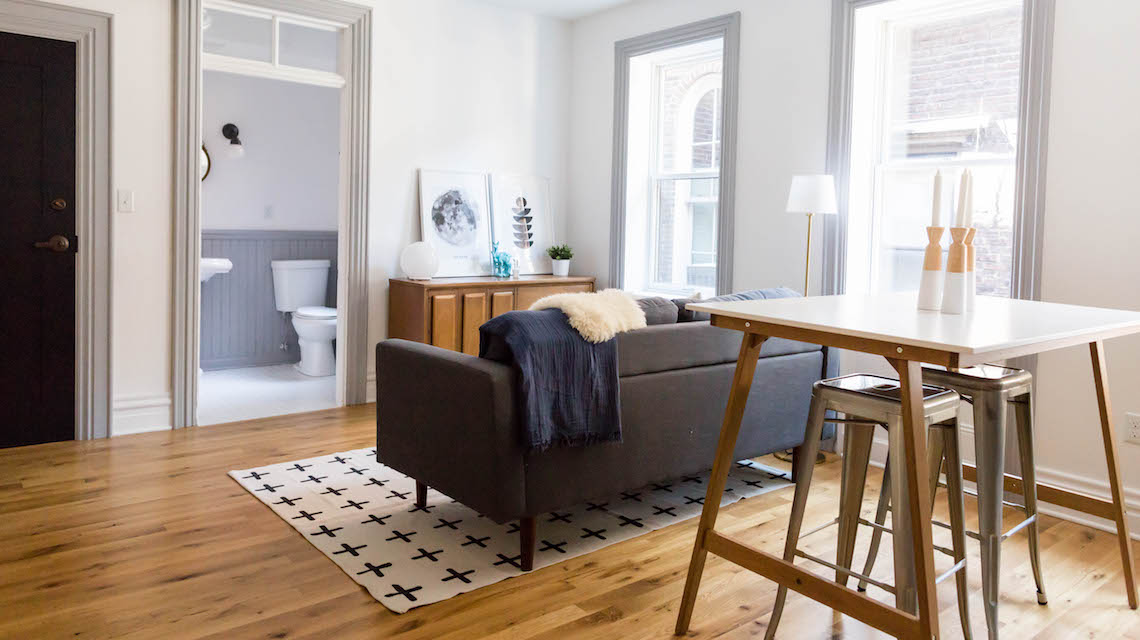 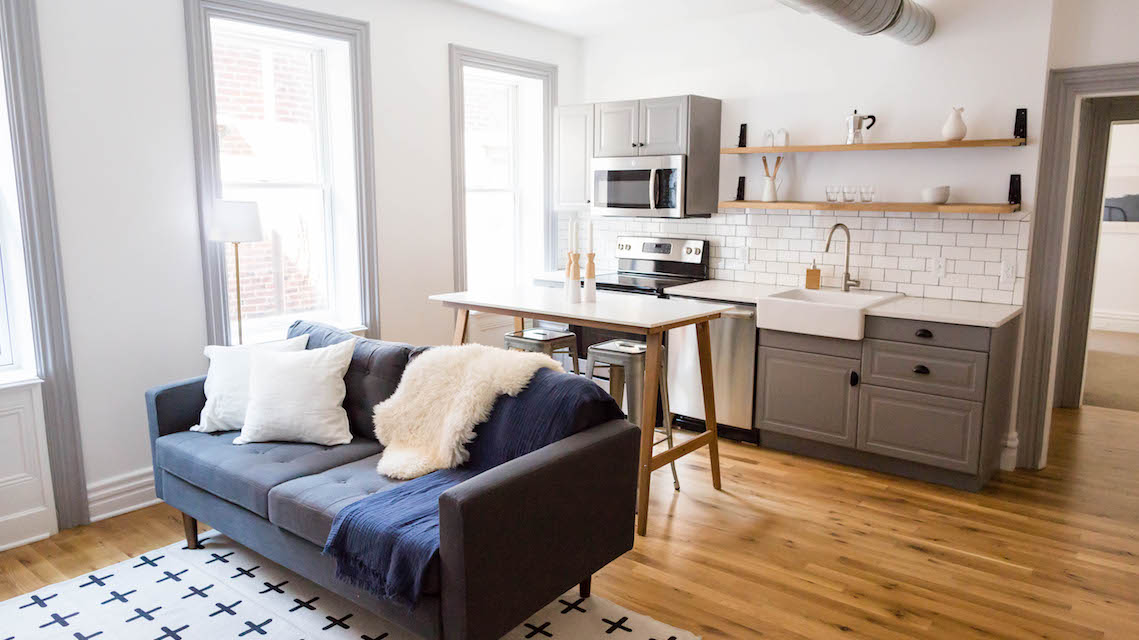 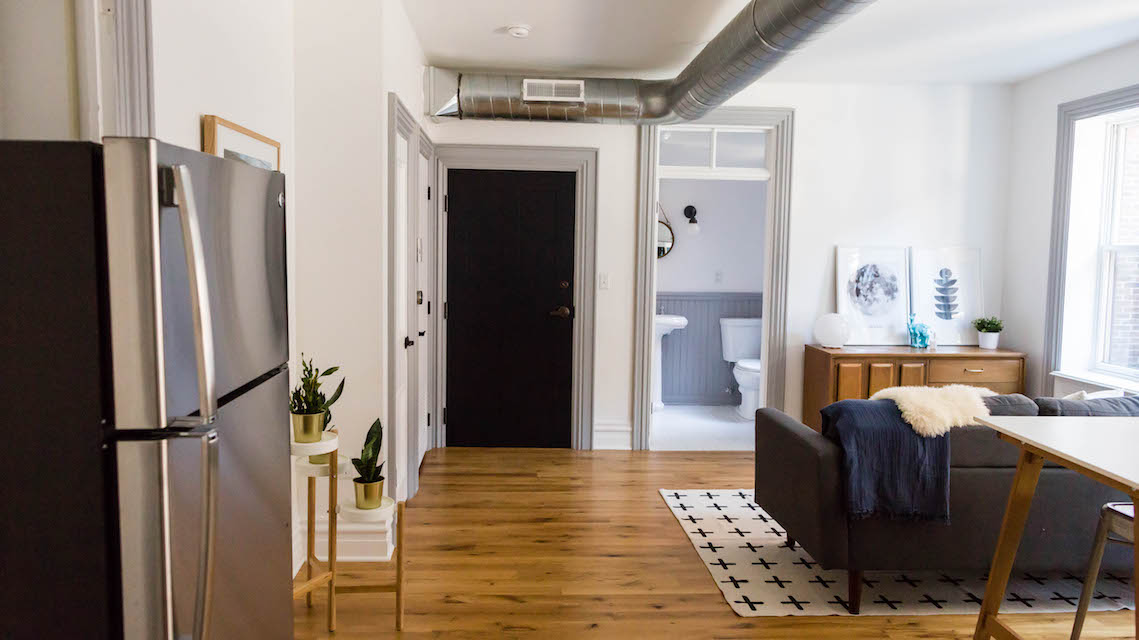 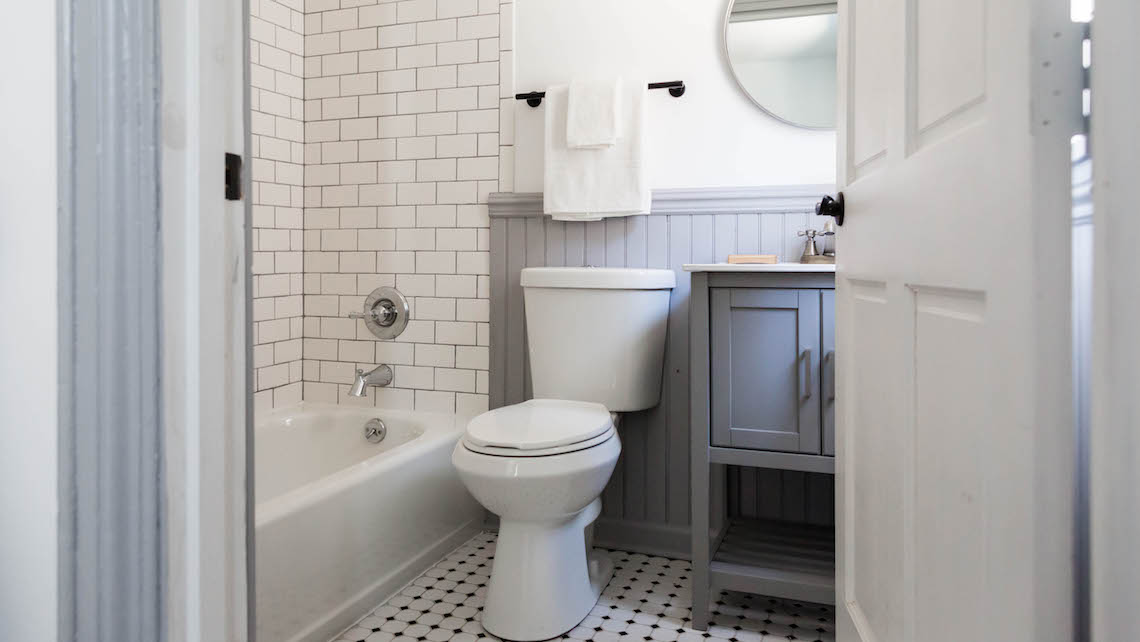 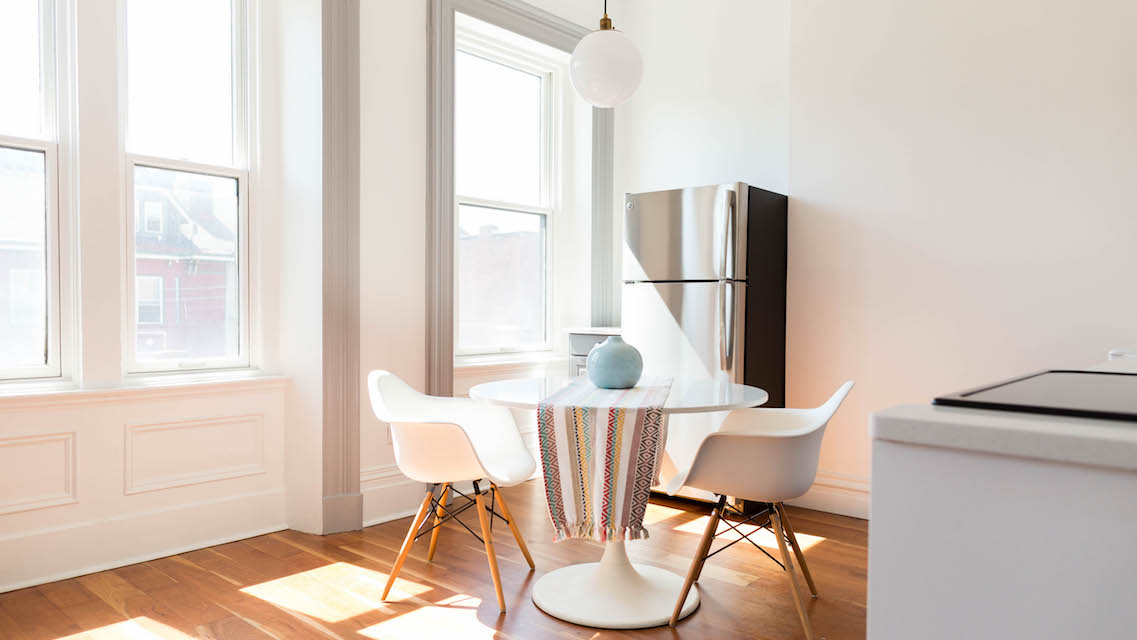 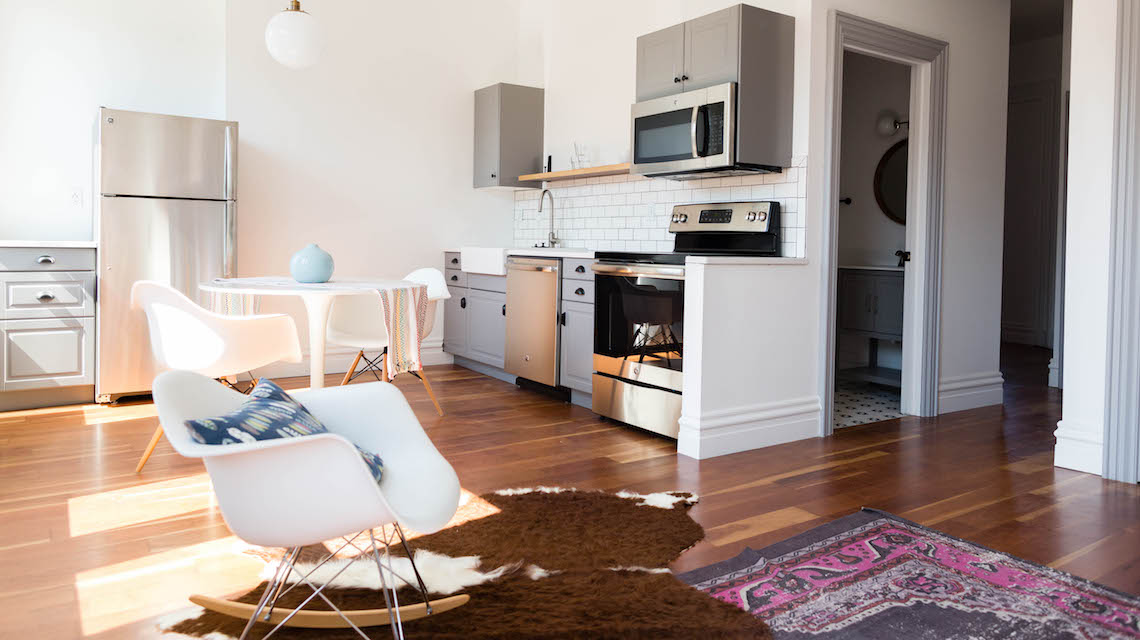 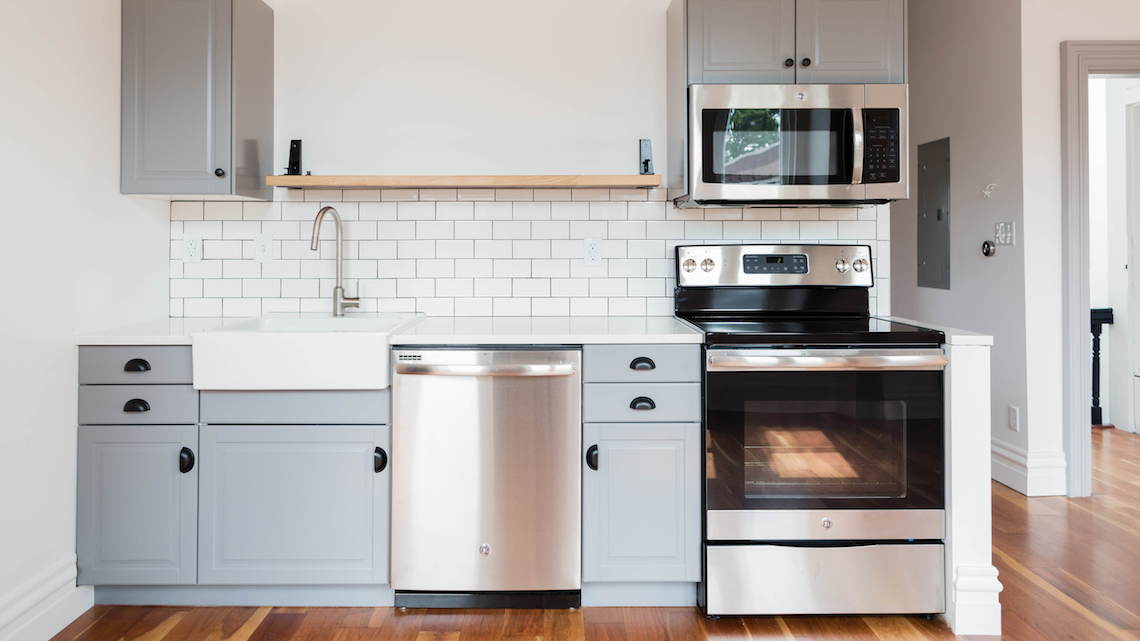 Previous Next
Show More Show Less
ABOUT THE CHANGE 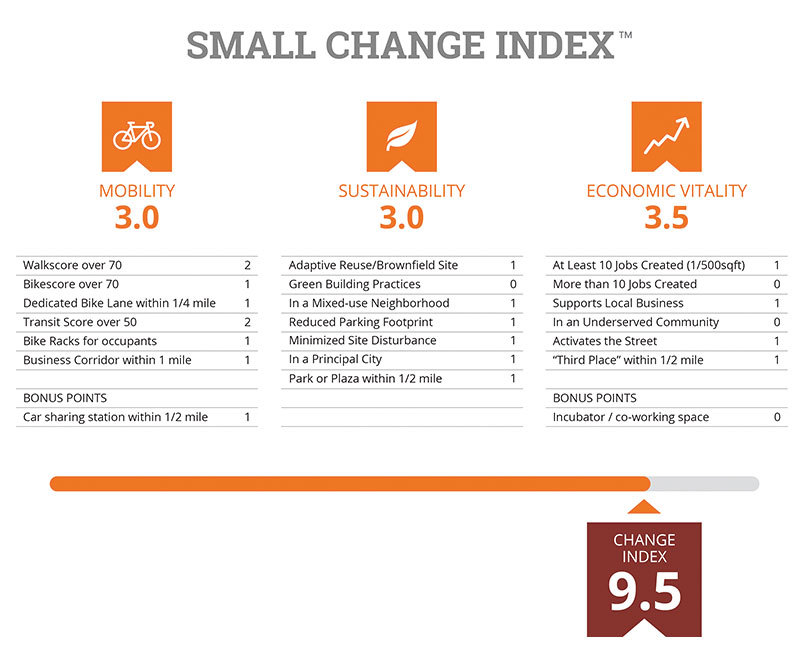 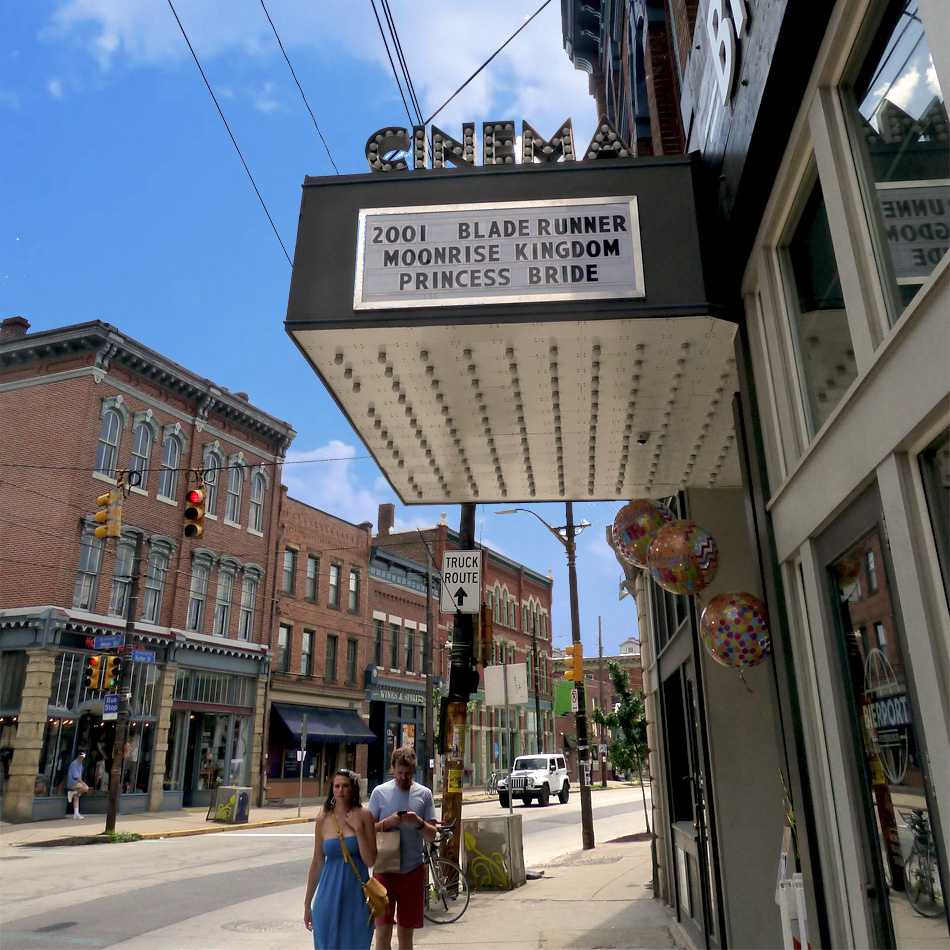 Lawrenceville is a historic, centrally located neighborhood in the city of Pittsburgh. The neighborhood, divided into Lower, Central and Upper Lawrenceville, has a population of approximately 11,000 across 2.5 square miles. Lawrenceville is three miles from Downtown Pittsburgh, is adjacent to the lively Strip District and booming East End, and offers convenient access to Oakland, the home of Carnegie Mellon University and the University of Pittsburgh. The area is renowned for its mix of stores, restaurants and nightlife.

Media outlets such as Business Insider and The New York Times have praised Lawrenceville’s commercial and cultural amenities as the neighborhood transitions from its industrial past. In recent years, the neighborhood has seen an influx of new development and businesses, from large-scale projects such as the completion of the Children’s Hospital of Pittsburgh in 2009 to the “16:62 Design Zone” program that has helped attract more than 75 art and design-related businesses to the area. In 2015, restaurant guide Zagat included a number of Lawrenceville eateries in its ranking of Pittsburgh as “The #1 Food Town in America.”

Lawrenceville’s historic architecture, “hipness”, central location and walkability have made it one of Pittsburgh’s most sought-after locales. The neighborhood has a strong, in-demand retail and apartment market and has seen steady appreciation. The Pittsburgh Post Gazette profiled the neighborhood in 2014, noting that the average home price increased 364% in the 6th Ward and 423% in the 9th Ward over the preceding 20 years. Both wards cover the Lawrenceville area. 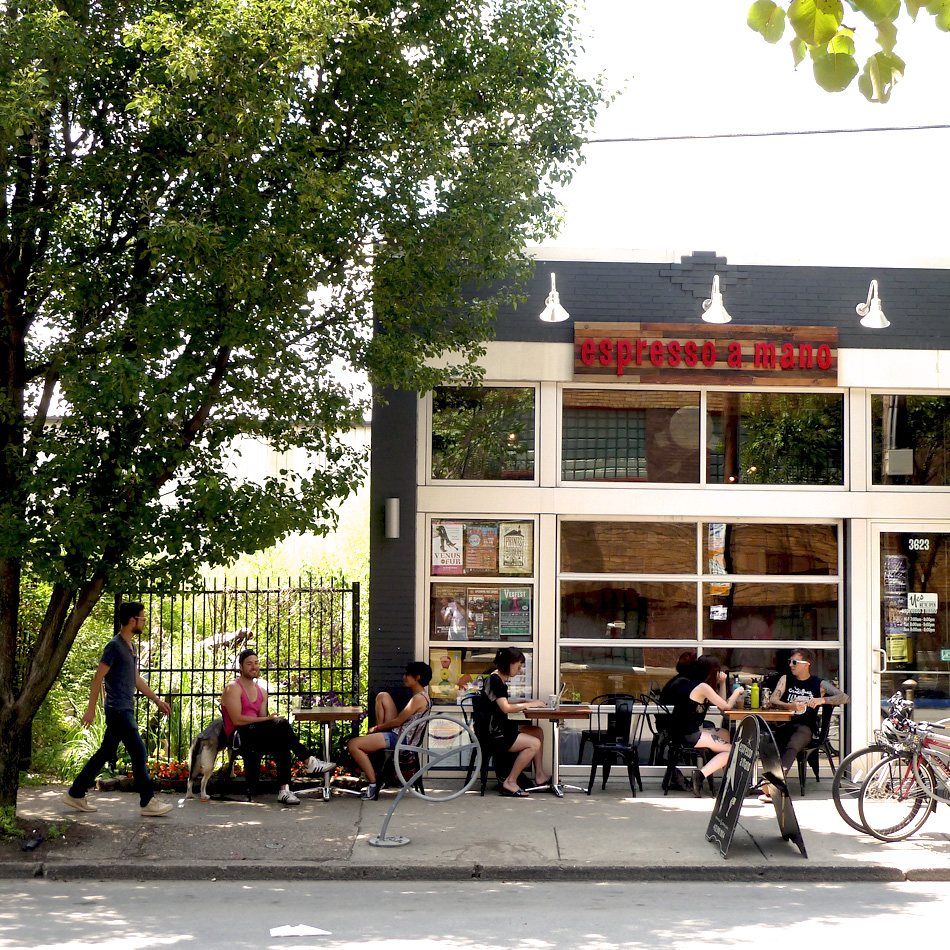 4407 Butler Street is a two phase project. The first phase includes acquisition along with some pre-development costs for the upcoming construction, totaling $560,000. Acquisition took place on August 1, 2016 and the developer now owns and controls the building.  The second phase is for the renovation of the upper floors.  Detail of these costs is as follows:

Sources for acquisition costs were 1) Northwest Savings Bank, which is making a short-term acquisition bridge loan of $295,000, 2) developer equity of $26,500 3) investor equity and 4) some short term bridge loans until the offering is complete and full investor equity of $238,500 has been raised.  It is anticipated that a construction loan will replace the bridge loan for the renovation of the upper floors, once the final renovation drawings have been completed and construction costs are finalized. The construction loan is expected to cover 75% of the total cost of the project.

You can download a copy of a financial summary, with details of assumptions, cash flow summary and return to investors, here.

The distribution from operating cash flow shall be paid as follows to investors:

The distribution from proceeds of a sale or refinancing shall be paid as follows:

There are numerous risks to consider when making an investment such as this one and financial projections are just that - projections. Returns are not guaranteed. Conditions that may affect your investment include unforeseen construction costs, changes in the market conditions, and potential disasters that are not covered by insurance. For more on risks and mitigation, review “Risk Factors” in the Investor Packet.

If 4407 Butler has construction cost overruns, or if leasing is not as strong as projected, overall returns will be lower. There may be unforeseen changes in the general economic climate and market conditions or unanticipated complications involving the renovation.  The developer may not be able to procure a construction loan.  Any of these things may impact the return to the investors.

The developer is mitigating these risks of this project in a number of ways, which include: 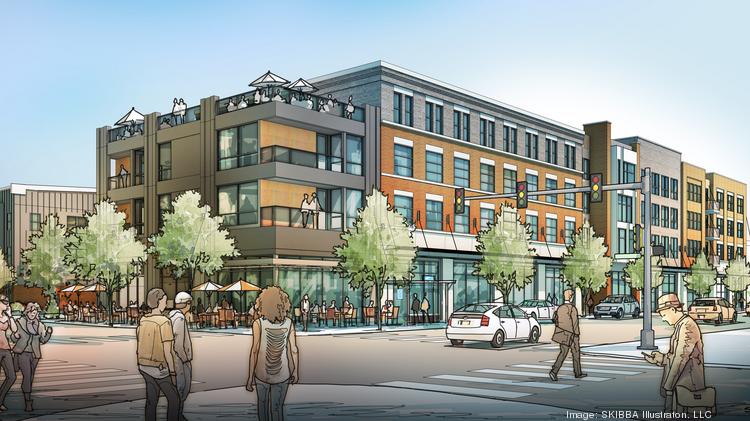 Shawn Kichline is the principal of Oxide Real Estate Development, LLC and its affiliates. Shawn has 18 years of urban real estate investment, development and construction experience, and uses his passion for urban revitalization and infill mixed-use development to enhance the historic character of the communities in which he works.

Shawn most recently opened the local Pittsburgh office for and led all efforts on behalf of Milhaus Development, including site acquisitions, market underwriting, selection and management of consultants and advisors (architects, land use attorneys, construction managers, etc.), entitlements, community and government relations, design and branding/marketing. He was responsible for the acquisition, design and entitlement of the Arsenal Terminal project in Lawrenceville, a site master-planned for 625 apartment units and 20,000 sf of street retail.

In previous positions, Shawn worked within the acquisitions group of Invesco, where he focused on joint venture investments; Silverstein Properties in New York City, where he was a critical team member managing $9B of large-scale, complex urban mixed-use developments, including the World Trade Center redevelopment; with HFF, where he managed over $2.6B in dispositions, joint venture equity raises and recapitalizations throughout the U.S.; and with Turner Construction Company in Chicago, where he started his career.

Shawn received an MBA in Finance from New York University’s Stern School of Business and a B.S. in Civil Engineering with a specialization in construction management and structural engineering from the University of Illinois at Urbana-Champaign. He is a member of the Urban Land Institute and a CFA Charterholder.  He additionally studied in Copenhagen, seeding an inspiration to create dense, walkable, bike-friendly and vibrant mixed-use city centers in the U.S. Additional background information is available by visiting Shawn’s LinkedIn profile.

(The Arsenal Terminal Project was Shawn's project while with Milhaus.  Image is courtesy of Milhaus.)